Baulé UK are part of the Bayer Material Science group of companies and specialise in the manufacturing of dispensing machines and the development of cast polyurethane systems. They manufacture base and use cold cast systems (the blending of chemical powders to create the right formulation for various applications). Baulé UK approached UniTrak Powderflight to look into a mechanical solution to the filler application.

Baulé UK approached UniTrak Powderflight to look into a mechanical solution to the filler application. There were a number of criteria that had to be met by introducing an automated process.

Phil Booth, Sales Manager at UniTrak visited Baulé’s Cheadle based facility to assess the best solution for improving the addition of filler to the process. Phil identified the necessity for a compact footprint, the need to contain as much product as possible, minimise dust and improve the health and safety implications of handling a powder product.

It was clear from the application that a Powderflight aeromechanical would be perfect for the job. Powderflights have the ability to convey material at any angle between 0° and 90° without loss of capacity so the virtually limitless range of configurations and system layouts meant it would work well within Baulé’s confined space.

The Powderflight is also fitted with a dust hood to capture dust generated from tipping the filler material. Further modifications needed to be considered to minimise dust even more and also to enable a facility for disposing of the paper sacks into which the filler is packed.

In a test conducted at the UniTrak UK facility, the Baulé’s filler material – which is unusually heavy – went through aeromechanical with ease. During the test they wanted to ensure that the product will be transported from paper sacks to the blending tank in an even and steady manner. It was paramount
that the filler was applied directly to the vortex of the mix, not to the edges, an issue that would cause clogging within the chemical mix and had occurred when the filler had been introduced manually. The M75 Powderflight Conveyor was mounted on a compact mobile base and elevates at 60° so achieving a small footprint was not a problem. The angle also allows for a shorter machine thereby keeping costs down. The M75 unit would easily be moved into and from a position adjacent to Baulé’s blending tank and UniTrak also modified the machine with the addition of a transparent curtain to further contain dust and also provide a facility for disposal of the emptied paper sacks.

The key feature was that testing proved that the ‘self emptying’ M75 would reliably deliver pre-determined quantities of filler into the blending machine with minimal maintenance required. 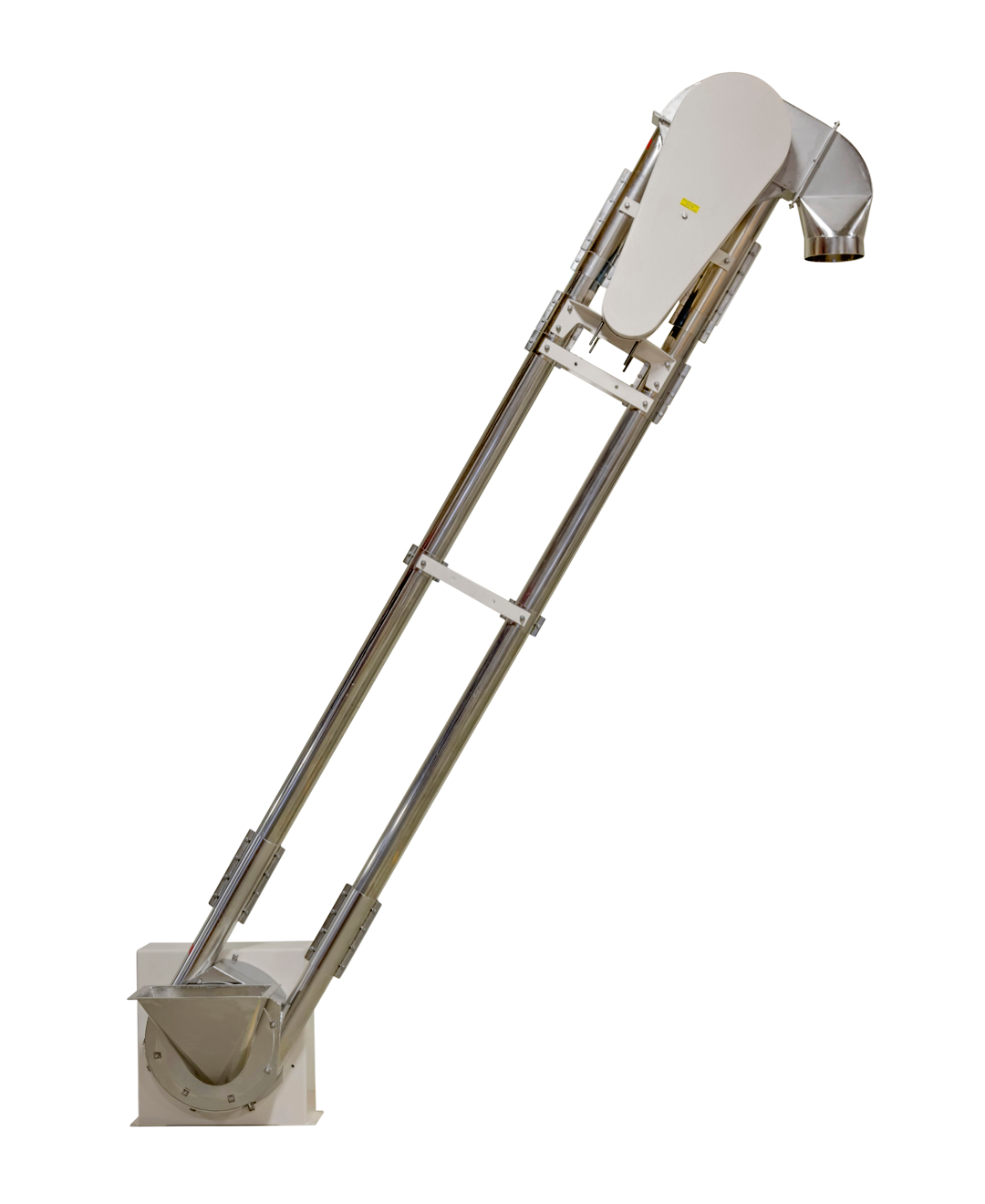 The M75 Powderflight Conveyor satisfied all testing criteria and was installed in the Baulé UK facility in Cheadle, Manchester. In the three years since installation there have been no breakdowns or faults and maintenance is rarely required. Baulé UK source any spare parts directly from UniTrak Powderflight and contract all servicing and maintenance tasks to them too. 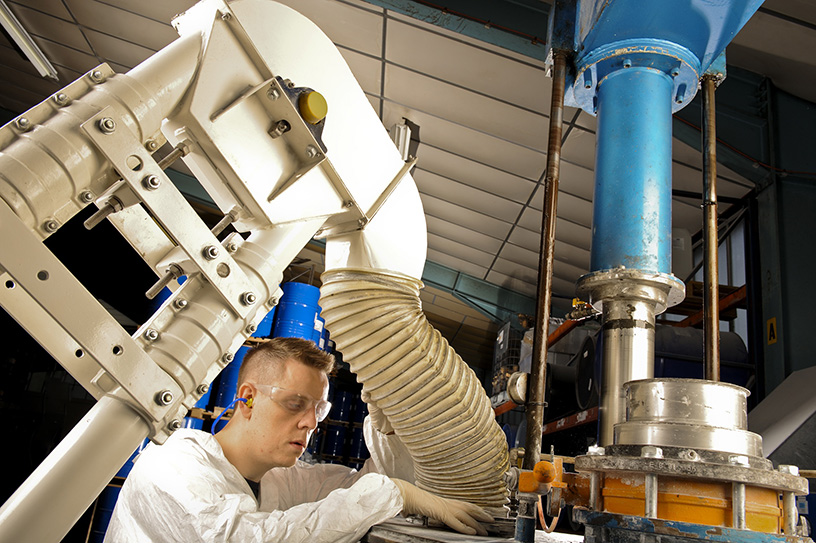 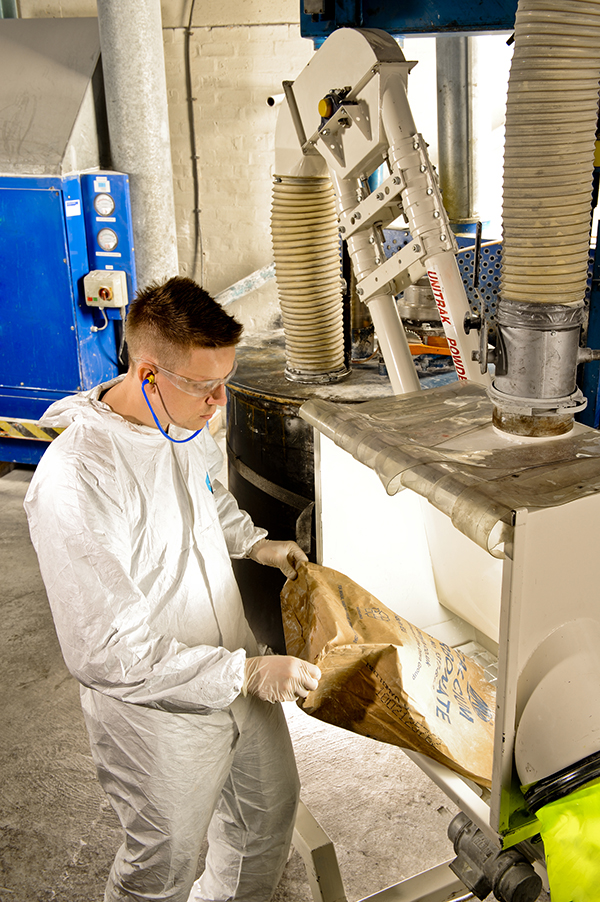 “WE LOOKED AT MANY AEROMECHANICAL CONVEYOR MANUFACTURERS BUT NONE GAVE US THE CONFIDENCE THAT PHIL (BOOTH) AND HIS TEAM AT UNITRAK POWDERFLIGHT EXHIBITED. BEING ABLE TO SEE OUR PRODUCT BEING TESTED AND HAVING THEM FULLY UNDERSTAND OUR NEED FROM THE MIXING PROCESS MEANS WE HAVE A MACHINE THAT HAS ABSOLUTELY MET OUR EXPECTATIONS.”

– Phil Horner, Director of Engineering, Baulé UK
Back to all cases

Stay on track with UniTrak

Join more than 2,000 subscribers who are “Keeping Trak” with UniTrak. You’ll get our latest updates, including insights from our manufacturing experts, helpful guides and case studies to keep your inbox current. Of course, you can unsubscribe any time.

Thank you! Your submission has been received!
Oops! Something went wrong while submitting the form.